Rain, hail or shine, expect to see Laura Enever, Isabella Nichols or Pacha Light out in the water every single day this September. That’s because the girls have signed up for the SurfAid Make a Wave challenge. This initiative aims to raise money for programs in remote communities across Indonesia and the Pacific.

Open to everyone, the challenge is simple. For 30 days straight, you’ll need to paddle out and, hopefully, catch a wave back in. Funds raised will support SurfAid’s Mother and Child Health programs, which focus on food security, sanitation and vital perinatal care. This includes emergency birthing in places like the Mentawai or Sumbawa.

“They specialise in working in very isolated villages where the maternal and child mortality rates are some of the highest in the world.” – Isabella Nichols

For Isabella, SurfAid’s focus on those places only surfers tend to go is what makes the charity unique. “They specialise in working in very isolated villages where the maternal and child mortality rates are some of the highest in the world,” she says.

The charity was founded in 2000 by Dave Jenkins. The year before, the career-focused doctor had travelled into remote Sumatra to simply chill and catch waves. Walking through an inland village, he was shocked by the number of women and children dying from easily preventable diseases. At the chief’s request, he held a clinic, tending to the villagers. He was the first doctor to ever do so. The experience haunted him, and he vowed to one day return with people and supplies.

Twenty years on, Jenkin’s humble surf charity is still underpinned by that same collaborative ‘hand up’ rather than ‘hand out’ approach.

Take the Solomons. Here, SurfAid works alongside local partners training Planned Parenthood volunteers as ‘peer educators’. With island women dying of cervical cancer at 11 times the rate of their Australian counterparts, the volunteers help debunk myths (such as promiscuity as a cause) and encourage early detection through screening.

In West Sumatra, it’s much the same.

Long after the withdrawal of other international agencies, SurfAid remains committed. The organisation supports 14 Mentawai fishing communities forced to relocate inland following the devastating 2010 tsunami. Isolated, prone to natural disasters and with little chance of making a living, this region is amongst Indonesia’s poorest. Again, working with the local people, SurfAid has secured access to clean water and established thriving medical posts.

“We might not be able to surf remote breaks this year, but we can still support the locals in these isolated communities.” – Doug Lees, CEO of SurfAid

This emphasis on empowering local communities piqued the interest of Australia’s Foreign Affairs department. In 2019, after a two-year vetting process, SurfAid was awarded official NGO status. It put the little surfers’ charity alongside huge international players like UNICEF, the Red Cross and World Vision. With it comes greater public trust and, importantly, more government funding.

For CEO Doug Lees, the timing couldn’t have been better. In the 18 months since the pandemic, the World Bank estimates around eight million Indonesians have fallen back into poverty. “COVID-19 has had a devastating impact on our friends in Indo. For the first time in many years, some of our favourite breaks have empty lineups. We might not be able to surf remote breaks this year, but we can still support the locals in these isolated communities.”

Clearly, they need more help than ever. What better excuse to catch a wave?

SurfAid’s Make A Wave challenge is open to everyone regardless of age and ability. Participate solo or form a team, and share your journey through the hashtag #MakeAWave. 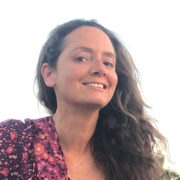 Writer, Photographer and former Editor, Sarah Saunders grew up diving Fiji’s remote reefs. All these years later, you'll find her in the same spots, swimming out across the lagoon with her teen daughter. Sarah loves empty beaches, shortwave radio, pawpaw curry and her Tahitian sulu.

5 Reasons Why We Love Our Longboards More